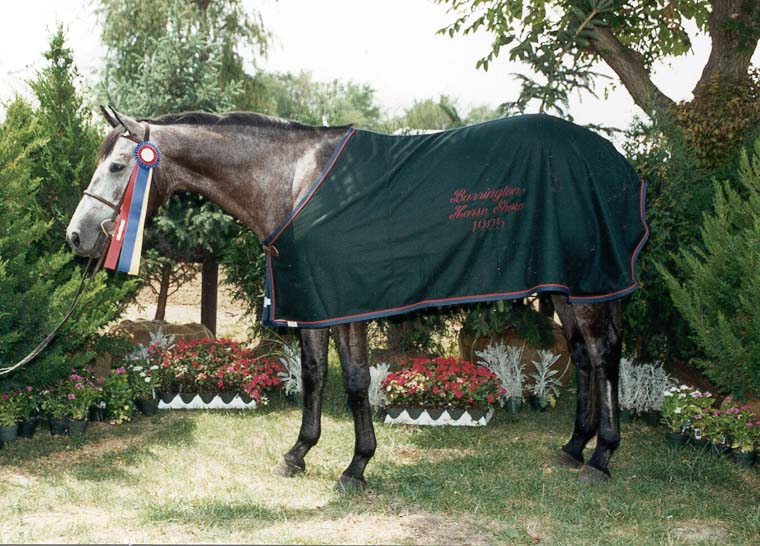 Schonau (Cottie) 1990 Gr. Trakehner mare (by Schonefeld)  Schonfeld is also the sire of Hollywood, Rick Fancher's most recent success story in the hunter ring and has also produced many other famous hunters.  Because of these excellent hunter/jumper bloodlines, Cottie has taken 2  years off her show schedule to be a broodmare. During her show career, Cottie consistently placed in the hacks and was in the ribbons in the  Reg Working Hunter as well as the jumpers at A shows.  She has an unmatched disposition and a true natural talent over fences.

In 1999 Cottie had her first foal, Drake, by Elite Hanoverian,  Don Alfredo. Drake is now successfully competing in the pre-green division and has already received top ribbons at midwest shows.

In April of 2001, Cottie had a lovely black/gray filly by Pablito. Persnickety is a gorgeous black (turning gray) with a huge white blaze. Big movement. Gorgeous head and neck.

Cottie is fully approved by the ISR Oldenburg. 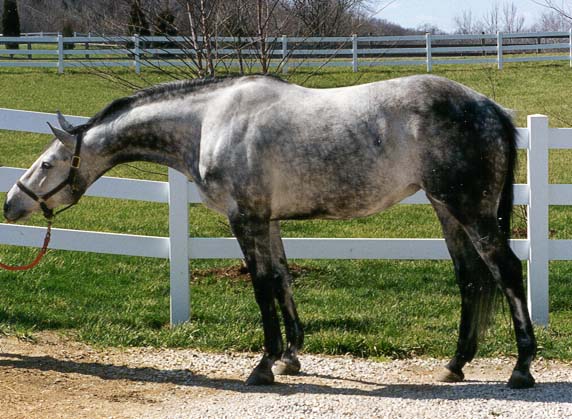